Two old soldiers on the march 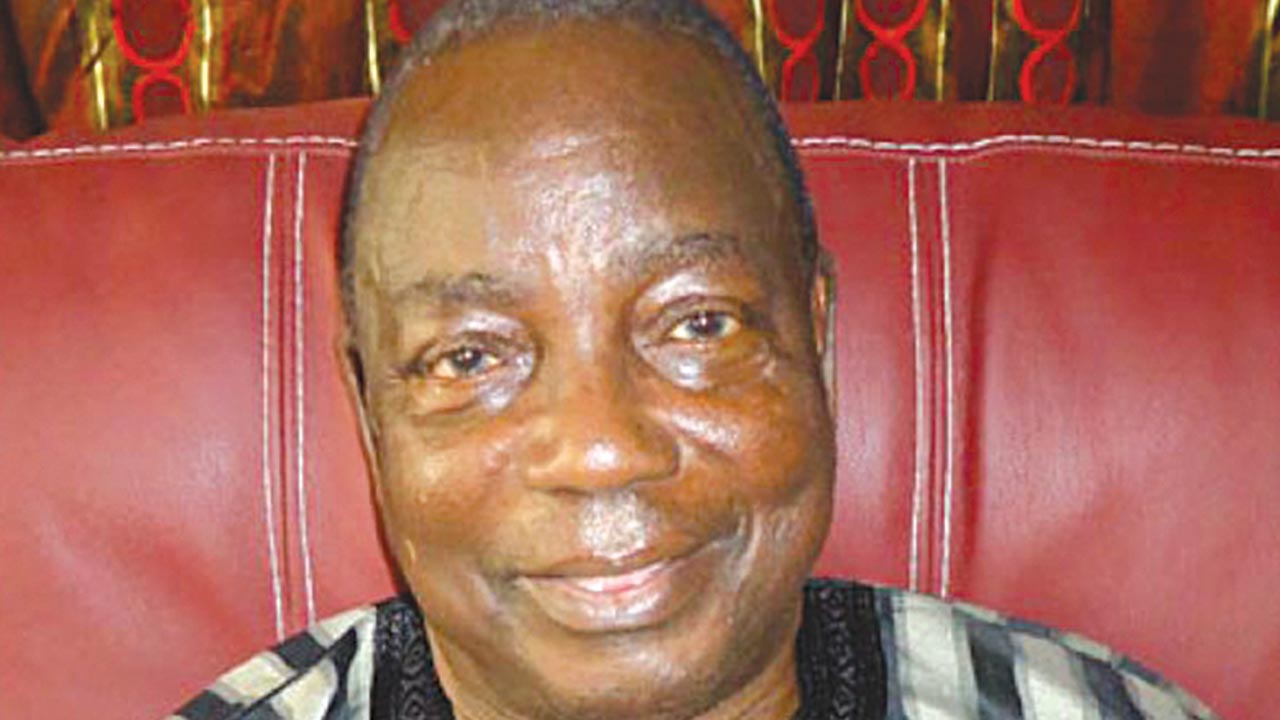 The careers of both General Adeyinka Adebayo and Brigadier Samuel Ogbemudia, both of whom passed on last week may have been due more to happenstance to the normal progressions of history. It is to the eternal credit of the two men that when they were confronted with challenges at a time of national peril, they carried out their charges with credit and competence. Unlike other governors who served with General Yakubu Gowon, the two men came to power through circumstances thrown up by the turbulence and twists of Nigerian history.

General Adebayo was the first governor appointed by General Gowon. He was senior to Gowon in the army and was Gowon’s predecessor in office as the Chief of Army Staff. At that time, the Chief of Staff was equivalent to the most senior staff officer serving with the General Officer Commanding the Nigerian Army. When the military seized power on January 15, 1966, the commander of the Nigerian Army, Major-General Johnson Aguiyi-Ironsi, became the first military Head of State. His official title was Supreme Commander. Instead of asking more senior military officers to come and help him administer the states, Ironsi reached out to officers of the lieutenant colonel rank.

In truth, the country had lost many senior military officers during the January 1966 coup led by Major Chukwuma Kaduna Nzeogwu. Nonetheless, there were still enough surviving senior officers to help Ironsi administer the states instead of the crop of lieutenant colonels he picked. In the North, he could have appointed Lt. Colonel Yakubu Gowon instead of his junior, Lt. Colonel Usman Hassan Katsina. In the West, at least two officers were still senior to Lt Colonel Adekunle Fajuyi, whom he appointed as the first military governor. Both Brigadier Babafemi Ogundipe and Colonel Adeyinka Adebayo were senior to Fajuyi. In the East, there were at least two other officers that were senior to Lt. Colonel Emeka Odumegwu-Ojukwu.

However, Ironsi reached out to his colonels and the history of Nigeria changed. During the second coup on July 29, 1966, Ironsi and Fajuyi were killed in Ibadan. The three other governors survived: David Ejoor of the Mid-West, Katsina of the North and Ojukwu of the East. It was after the coup when Gowon emerged as the new Supreme Commander that he appointed Adebayo as the Governor of the West to replace the slain Fajuyi. The most senior surviving military officer, Brigadier Ogundipe, was dispatched to London as the new Nigerian High Commissioner.

Adebayo was to face great challenges as the governor of the West. One of his first assignments was the painful duty of leading the funeral team to Ado Ekiti, bringing the body of his predecessor home. That team included Chief Obafemi Awolowo, Admiral Akinwale Wey, the commander of the Navy and Chief Theophillous Fagbola, the new deputy Inspector-General of Police. Another assignment was to prepare the West to take a position in the convoluted events then rocking the country. The killings of Igbos in the North in what became known as the pogrom had created the greatest migration in Nigerian history, forcing many Igbos to head east to the embrace of Ojukwu with tales of woes.

Adebayo was one of the leaders who went to Aburi, Ghana, to help stem Nigeria’s slide into disaster. The leaders, including Gowon and Ojukwu, went to discuss the prospect for peace and justice. But Ojukwu wanted the dissolution of the federation, with what he called “a loose union,” with each region having its own armed forces and with a guaranteed right to secede. Adebayo warned at the Aburi Conference: “The decision we take here would have serious consequences for the future of our country. We have a duty to choose peace instead of war.”

Many Nigerian leaders including Chief Awolowo tried to broker peace and bring the soldiers to sheath their swords. He travelled to Enugu as the head of a high-power delegation to hold an all night meeting with Ojukwu. It was to no avail. When Ojukwu declared the former Eastern Region as the independent Republic of Biafra, everyone knew war was now inevitable. Gowon had decreed the creation of 12 states out of the old four regions. Six states were created out of the old Northern Region, three, Rivers, South-Eastern and East Central States from the Eastern Region and only two from the West; Lagos and the Western State. Gowon removed Ojukwu as a governor. So also was Hassan Katsina who was moved to the military headquarters in Lagos. Only Adebayo and Ejoor survived on their beat.

The war began in earnest, though still subjected to the geo-political arithmetic of the Nigerian situation. Neither the West nor the Mid-West would allow hostility against the East from their territories and the first federal troops incursion into the East came from the North through the Benue valley. The troops of the First Division were led by Colonel Muhammed Shuwa, a scholarly soldier, who was to be assassinated in later years by the Boko Haram terrorists. The situation changed when Biafran troops invaded Mid-West, occupied Benin, and declared an independent Republic of Benin under an Igbo military officer, Major Okonkwo. It was this invasion, which broke the unwritten rule of the war about “neutral states” that gave us Ogbemudia.

Adebayo, as the governor of the West, had to respond to the threat coming from the East with the occupation of the Mid-West. The military governor of the Mid-Western State, Colonel David Ejoor, betrayed by some of his senior military commanders, nonetheless escaped and fled into Lagos on a bicycle. The Federal Government dispatched troops of the hastily formed Second Division under the command of Colonel Murtala Muhammed, the leader of the counter-coup of July 29, 1966, which brought Gowon to power. Troops also moved in from Ibadan where Colonel Olusegun Obasanjo was the commander of the Rear Division. Battle was joined at Ore and the federal troops under the operational command of Major Iluyomade, halted the Biafran blitzkrieg.

A triumphant Muhammed led his troops into Benin. The governor had fled and the people were relieved that the so called Republic of Benin had collapsed. Ogbemudia was one of the sector commanders who rode into Benin. It was then that Muhammed, knowing that he was an indigene of Benin, appointed him acting governor. It was a popular appointment. Gowon had to ratify the appointment and he gave Ejoor another command appointment. Thus Ogbemudia became the first and only governor appointed directly from the battle field.

There were many signposts of the Adebayo regime in the West, the first governor to be appointed by Gowon. First, he was involved in the decision to create Lagos State out of the old Western State. The excised part of the West which included Ikeja, Ikorodu, Badagry, Epe, Mushin and other areas, were merged with the former Federal Capital Territory of Lagos to form Lagos State. Some service men were involved in the demand for Lagos State and these included Admiral Akinwale Wey, Major Kunle Elegbede and Major Mobolaji Johnson. The civilian lobby was led by Oba Adeyinka Oyekan, the Oba of Lagos. Johnson, who had earlier being made the administrator of the Lagos Federal Capital Territory, was later appointed by Gowon as the first governor of Lagos State.

Adebayo was the builder of the University of Ife. In his years in power, he devoted his energy and resources on realising the dream of the founding fathers into building a university of world standard. He was focused on this and his legacies on the campus have endured to this day. But Adebayo’s greatest challenged was in dealing with the turbulent temper of the West in the wake of the Agbekoya civil uprising that rocked the state in 1969 at the height of the Civil War.

Despite the war and the difficult economic situation engendered by it, the new military regime could not tamper with the social system that had been established by Awolowo and consolidated by his successor as Premier, Chief Ladoke Akintola. Core to his was the guarantee of free primary education to all children of age six and above. The government then decided to raise poll tax for all adults. This was bitterly opposed by the peasantry, especially because cocoa had been doing badly since the Akintola days. A new organisation was formed, Agbekoya (Farmers Reject Suffering), under the leadership of a local comprador, Chief Tafa Adeoye, who was based in Akanran village, new Ibadan.

The Agbekoya riot was to cause serious mayhem in the West. Many traditional rulers, who were believed to have supported the tax increase were chased out of their palaces. One of them was assassinated and some were seriously assaulted and wounded. The riot was not to abate until Awolowo toured the trouble areas, including meeting the Agbekoya High Command in Akanran.

Adebayo also became the only governor to be redeployed by Gowon. He was succeeded by Colonel Oluwole Rotimi, former commander of the Ibadan Garrison Organisation. The Western State was to have two other governors, Vice-Admiral Akintunde Aduwo and Major General David Medaiyese Jemibewon who also became the first governor of Oyo State. Ogbemudia was to serve till 1975 when Gowon was toppled in a bloodless coup d’état that brought General Murtala Muhammed to power. Unlike other governors who were appointed by Gowon, Ogbemudia was sacked as governor by Muhammed who appointed him in the first place.

Both Adebayo and Ogbemudia were to try their hands in politics after General Olusegun Obasanjo led the military back into the barracks in 1979. Both were members of President Shehu Shagari’s National Party of Nigeria, NPN. However, their partisanship was marked by statesmanship. Ogbemudia was the first former military governor to become an elected governor when he succeeded Ambrose Alli in 1983. When Ajasin established Obafemi Awolowo University, Ado-Ekiti (now Ekiti State University), Adebayo donated hostels to the students. Till today, because of that generous gesture, that area of Ado is known as Adebayo. He also became the first former governor to become the father of a governor when Otunba Adeniyi Adebayo became the first elected governor of Ekiti State in 1999. The lives of these old soldiers, who have marched on into the Church Triumphant, prove that whatever you sow, you shall reap.