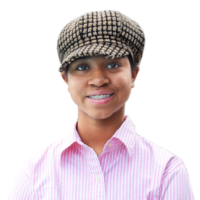 Some people via political power become influential, while others because of their influence via positions, become powerful. And then there are the exceptions. As the worlds youngest film maker, her last film release in November 2014 at age 12 showed in 5 countries across three continents of Africa, Europe and Asia. Effectively, 13 year old Zuriel Oduwole uses her voice to make the case for the education of Africa’s Girl Child, using herself as an example of what an Educated Girl can accomplish, especially in Africa. Having met and interviewed 19 world leaders, she continues to learn from the worlds most powerful, while sharing her idea with them of how the youth can be an integral part, in creating a promising future.